Drag Royalty will sashay across the UK next autumn for The Series Three Tour of RuPaul’s Drag Race UK.

Visiting theatres and arenas across England, Scotland and Wales, expect a night of endless extravaganza as all 12 queens from Series Three of RuPaul’s Drag Race UK werk their way across the country.

Acclaimed for their amazing production values, expect the unexpected in this glittering tour which will include Series Three finalists Kitty Scott-Claus, Krystal Versace, Vanity Milan and Ella Vaday.

RuPaul’s Drag Race UK The Series 3 Tour is presented by Werq The World producers Voss Events and the media company behind Drag Race, World of Wonder, in cooperation with Live Nation and Cuffe and Taylor. 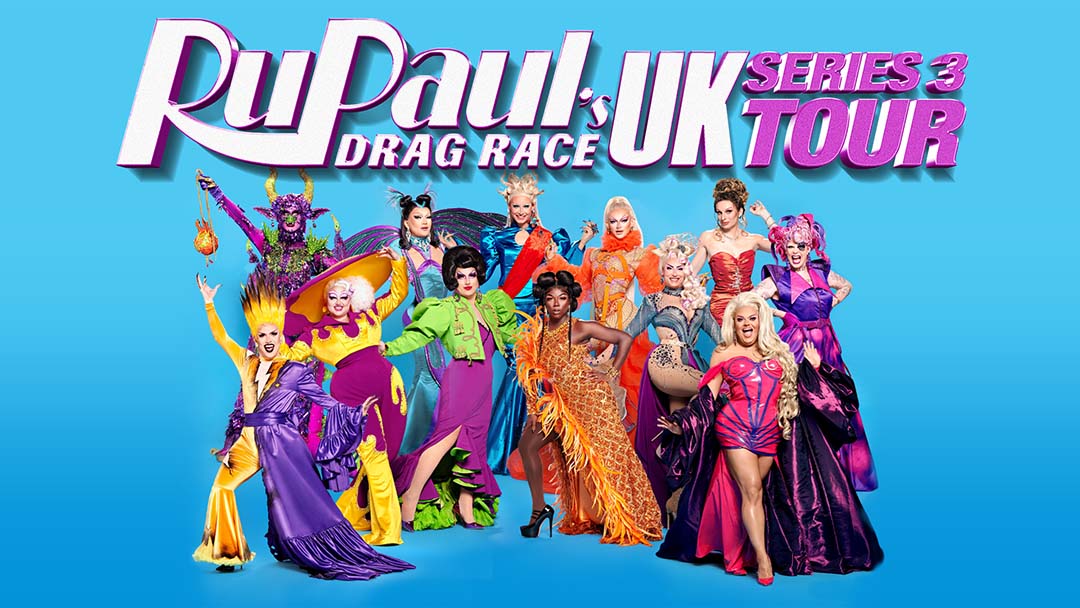